Get fresh music recommendations delivered to your inbox every Friday.
We've updated our Terms of Use. You can review the changes here.

Down the Sunnyside lane 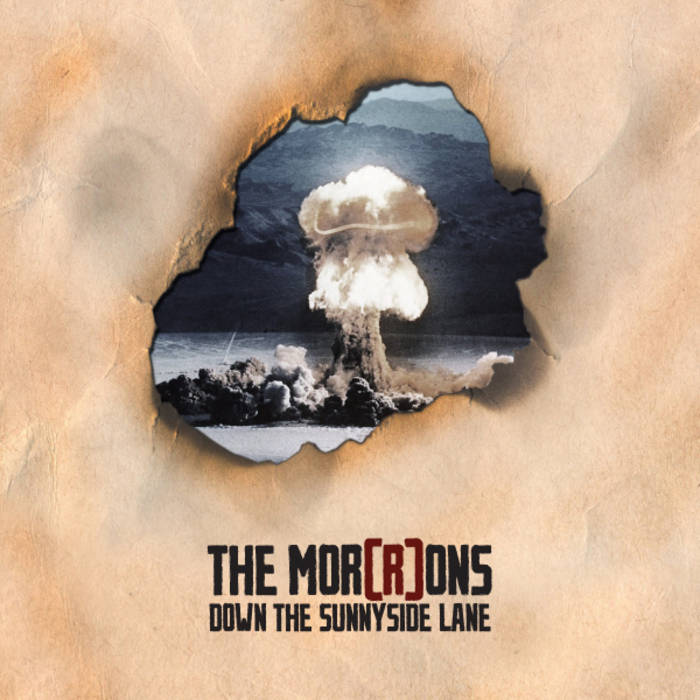 "Down the Sunnyside lane" is a sort of punk-rock-opera; blending a mixture of skatepunk, punkrock and hardcore, it features a story flowing through individual tracks to form an image of the worlds possible and uncertain future, set in a "nuclear fallout" post-apocalyptic scenario.

The album was written, composed, recorded, mixed and mastered in just under a year and a half and released on July 14th, 2012.

All songs written by The Mor(R)ons.
Naration on "The Vault" and "Love & other disasters" by Petra Ajdovec.
Produced by The Mor(R)ons and Žiga Rezar.
Recorded in Studio Rojas, Kranj, Slovenia.

In it's current form since 2005, The Mor(R)ons are a speed-driven punk rock band from Kranj, Slovenia. Though sometimes lacking in basic knowledge of how the world works, the band has thus far released three full-length albums and shared the stage with bands like Nofx, Mad Caddies, Useless ID, Ten Foot Pole, Atlas Losing Grip,Hog Hoggidy Hog, Bad Cop/Bad Cop and more. ... more

Bandcamp Daily  your guide to the world of Bandcamp